Wilson, North Carolina
The Vollis Simpson Whirligig Park and Historical Downtown Wilson came together to create ELF: Electric Light Fantasy for the Christmas season. Originally scheduled to be a 4 night event, an additional 5th night was added due to public demand. The event was made cost effective via sponsorship and became profitable for the park by charging a reasonable $20 per car. The backdrop of the infamous whirligigs was perfect and while the lot was small in comparison to other venues, only 80 cars at a time, 4 shows per night were offered. 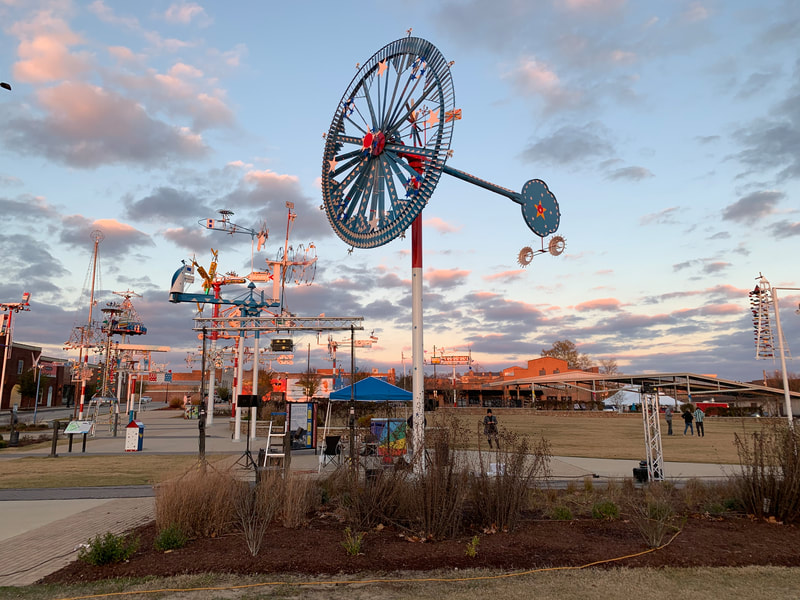 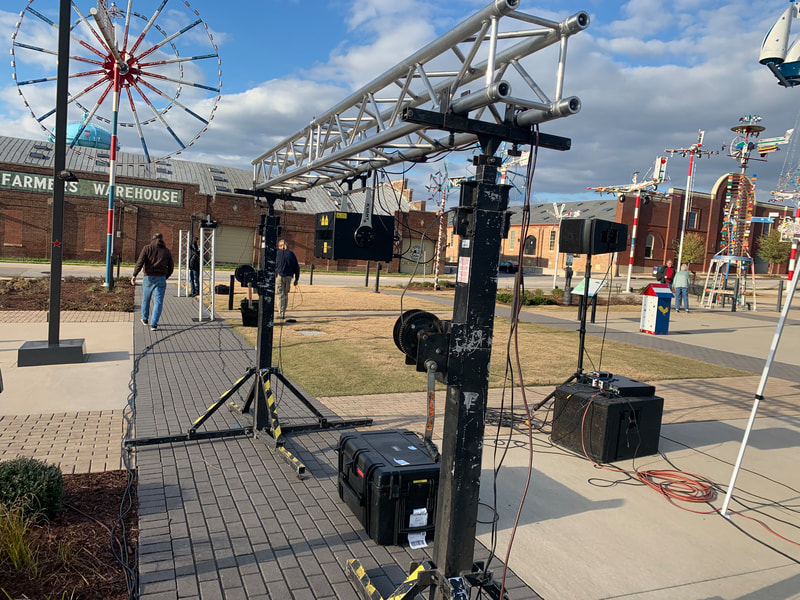 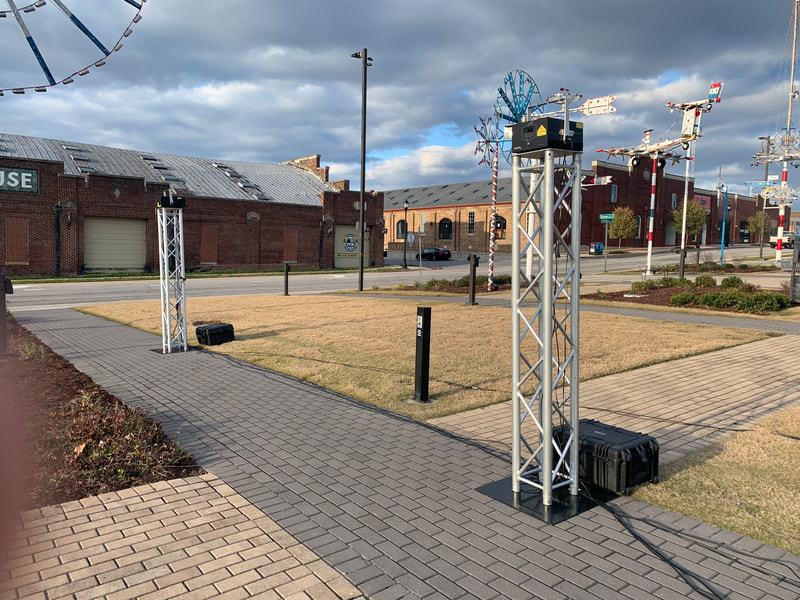 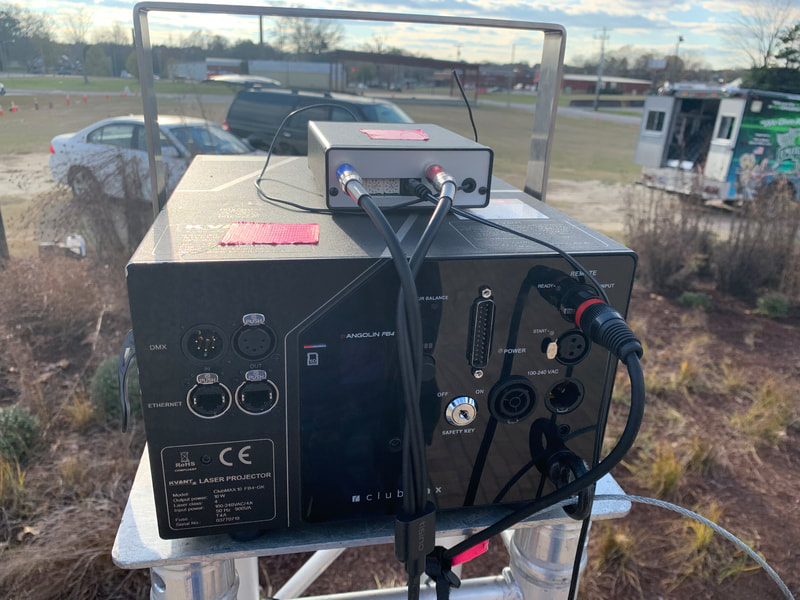 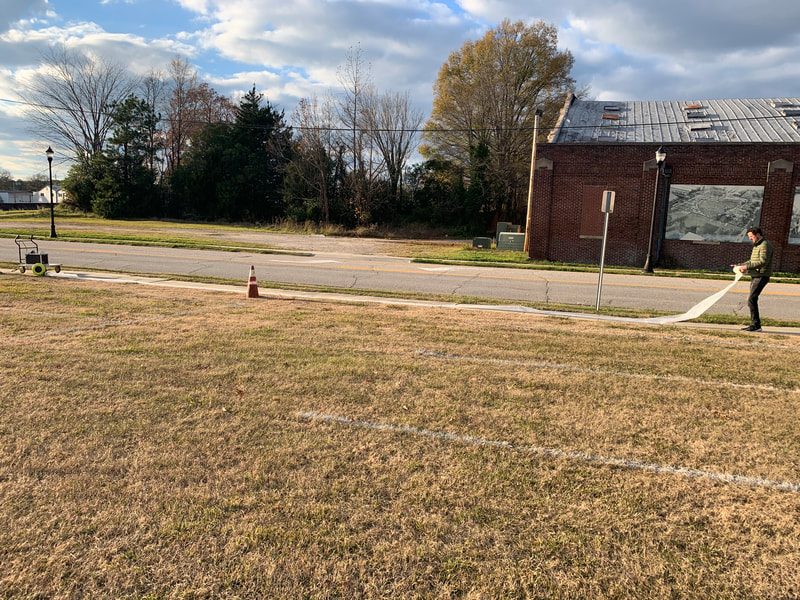 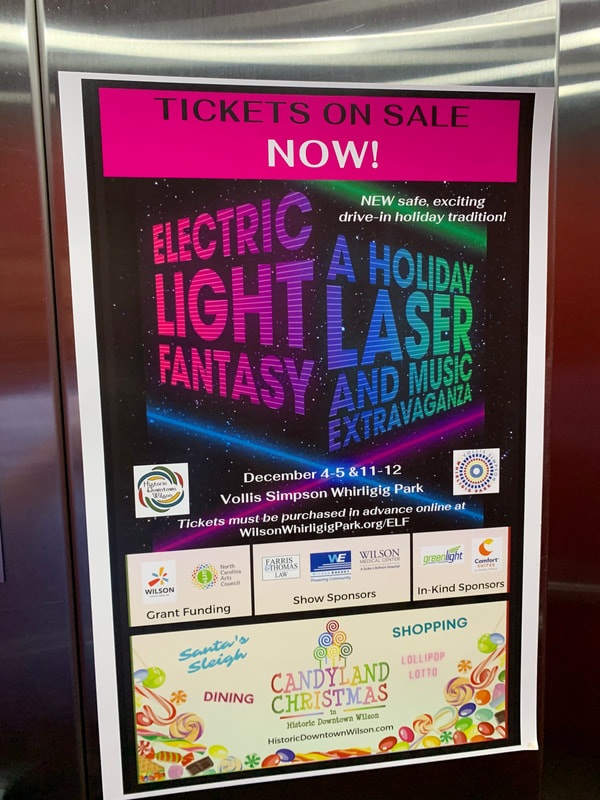 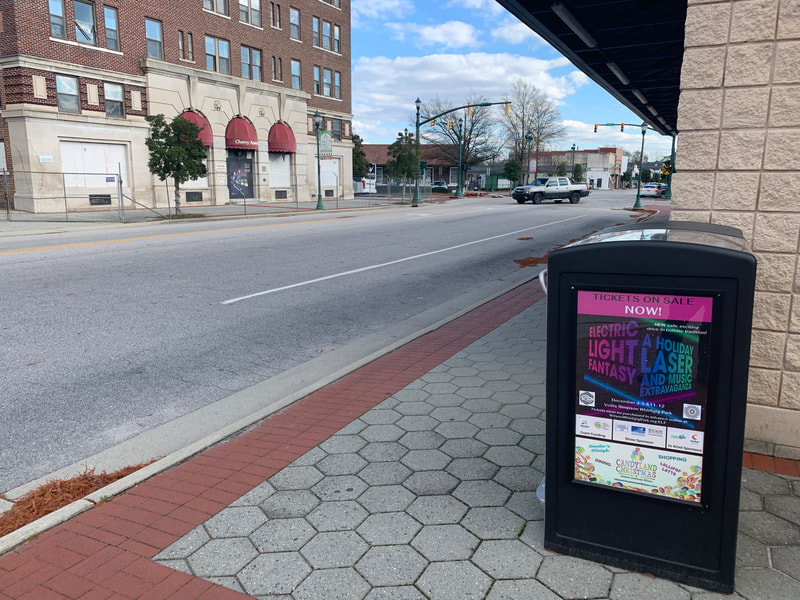 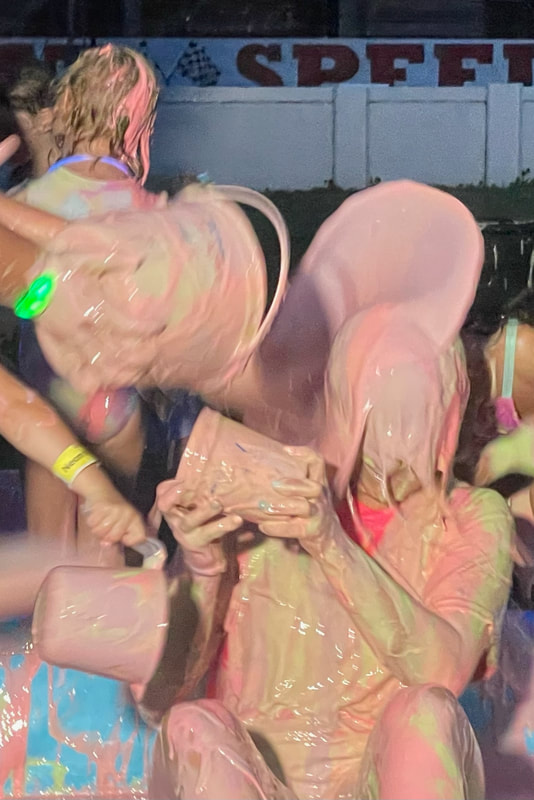 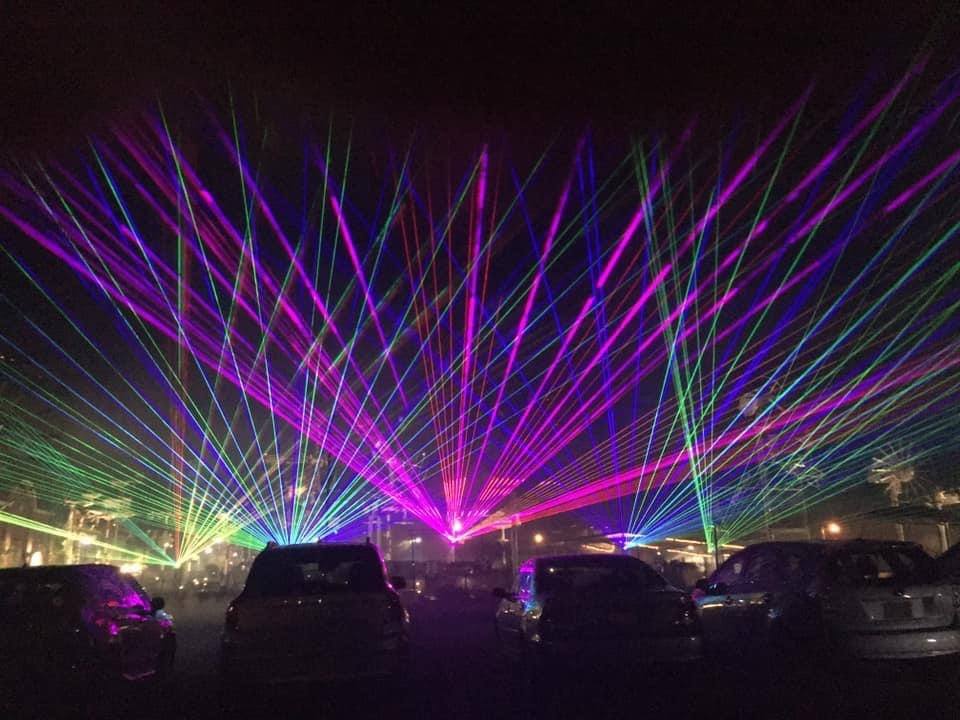 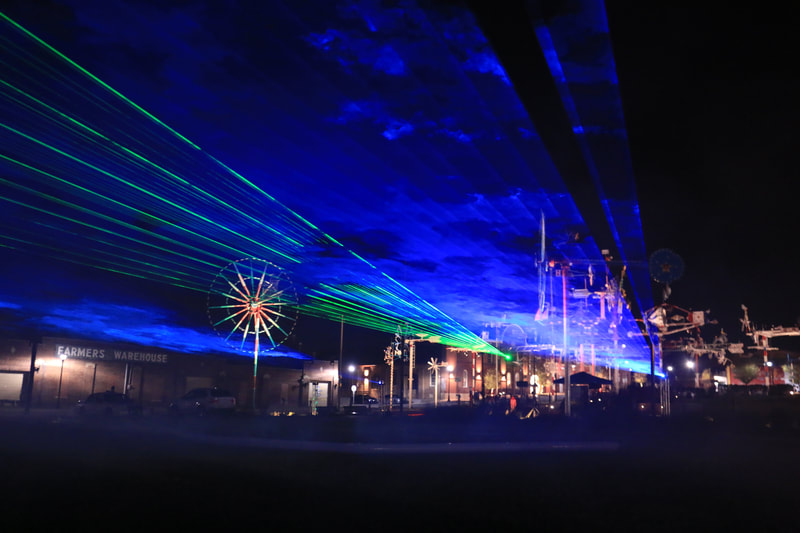 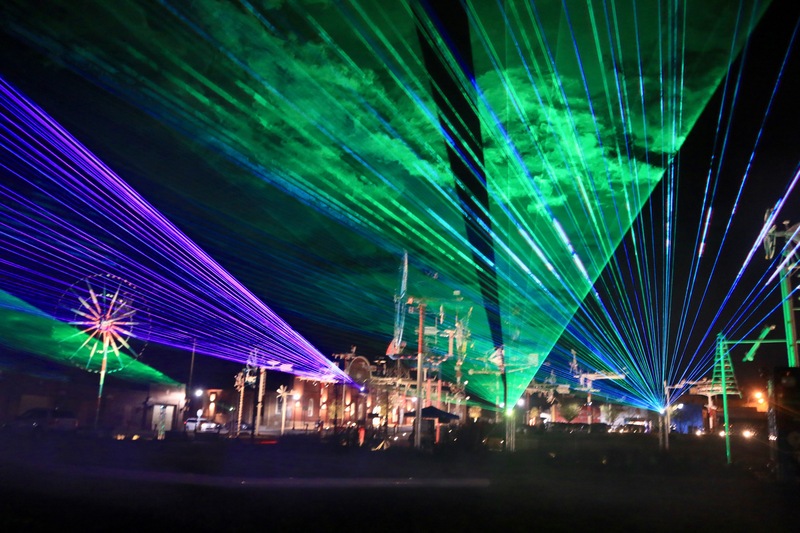 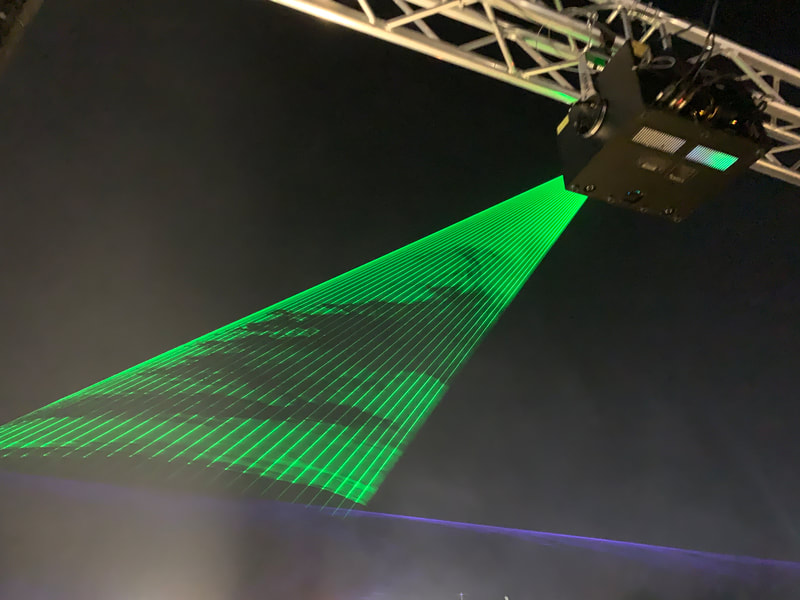 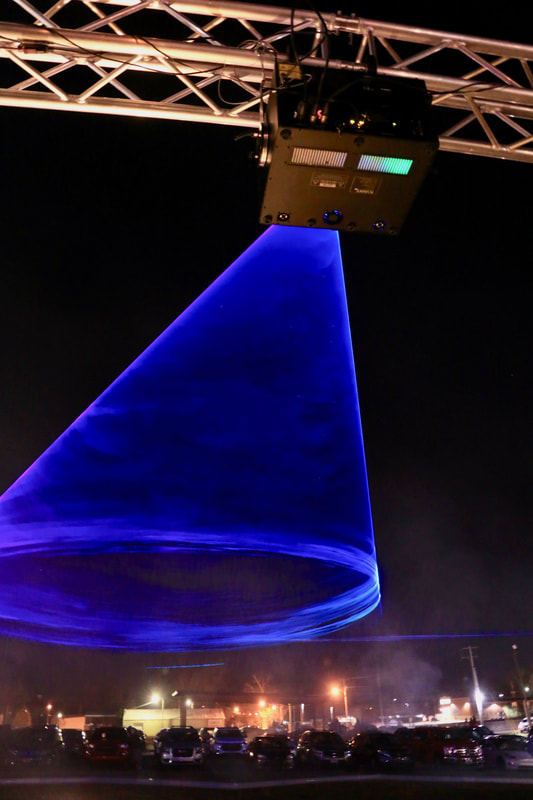 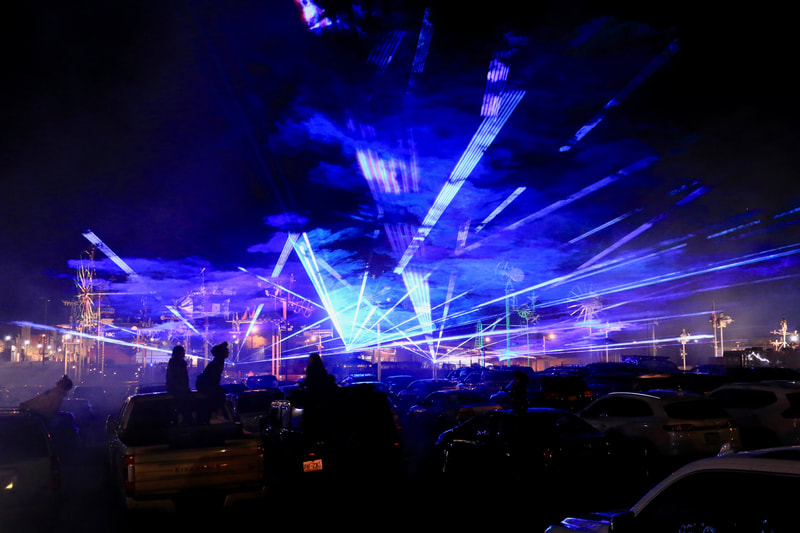 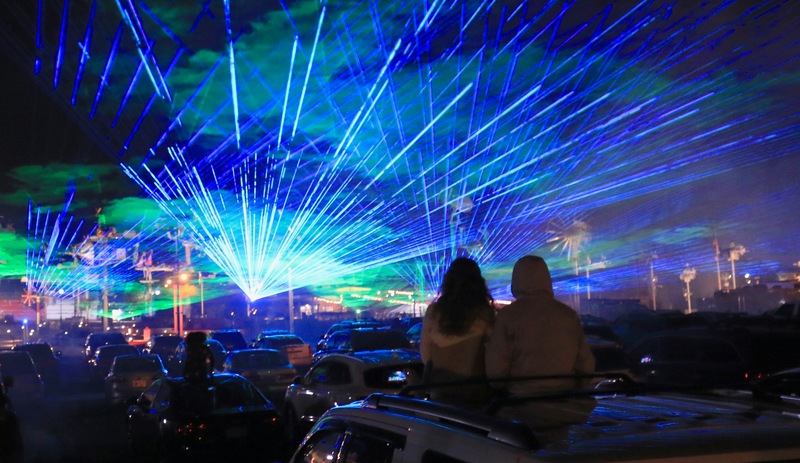 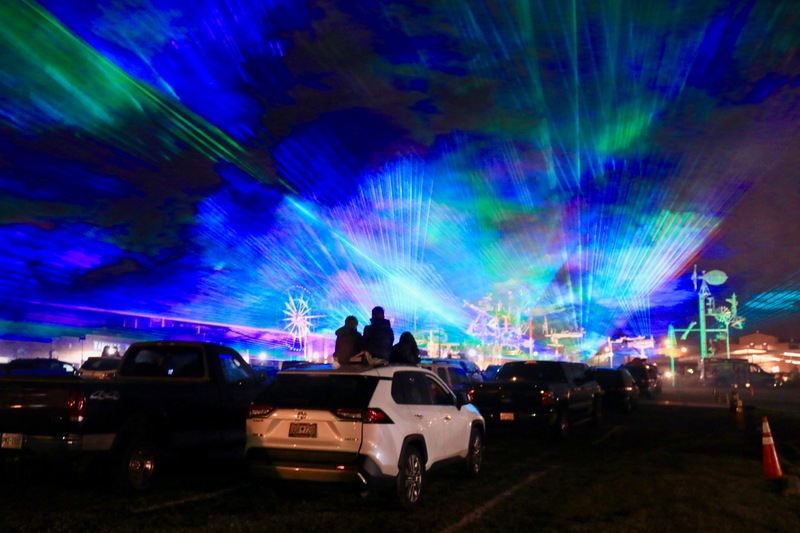 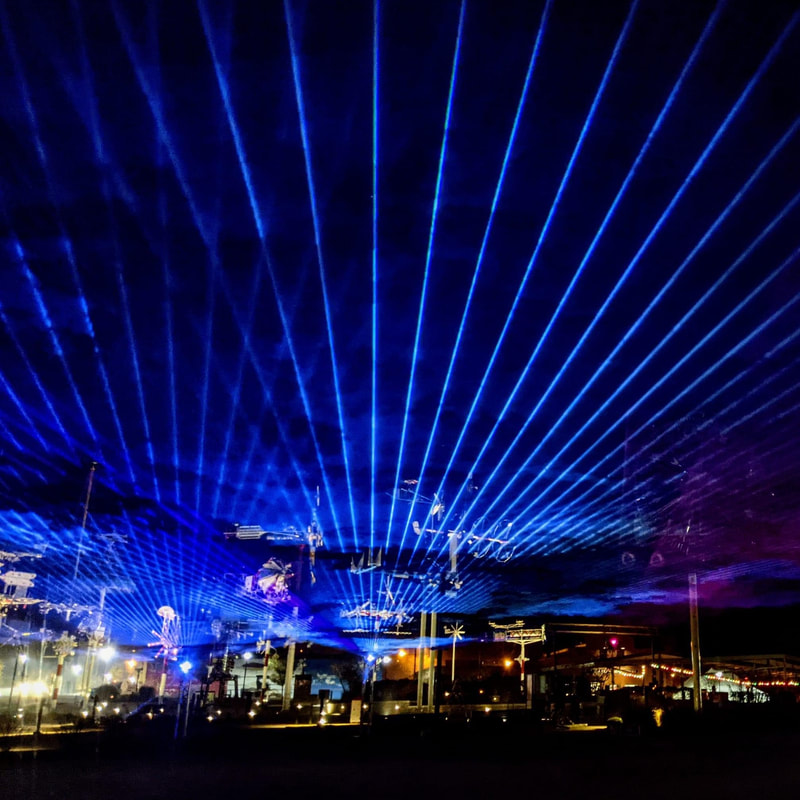 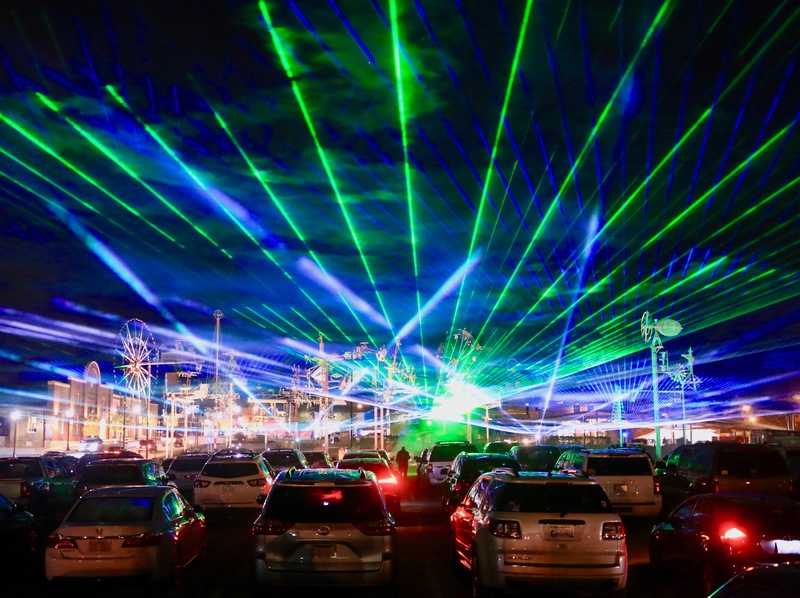 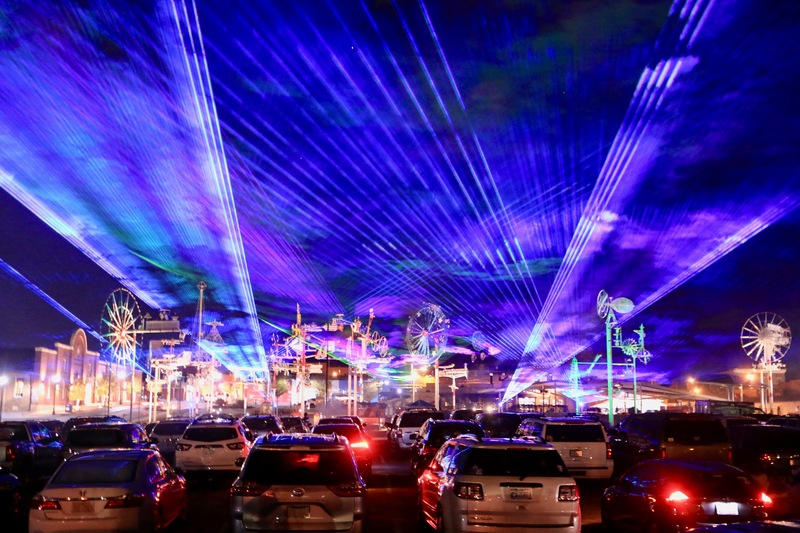 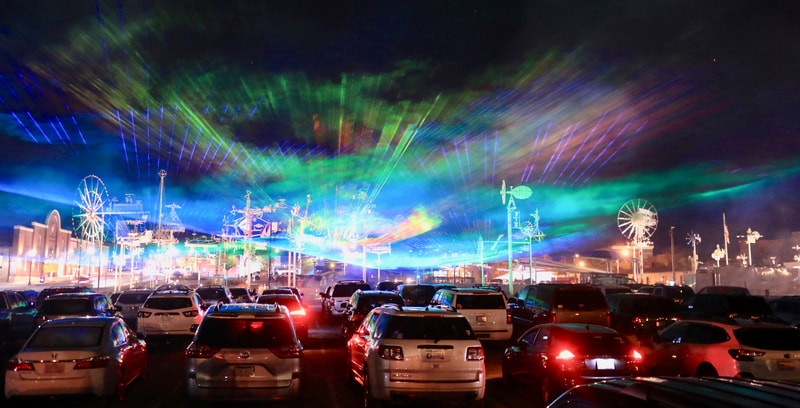 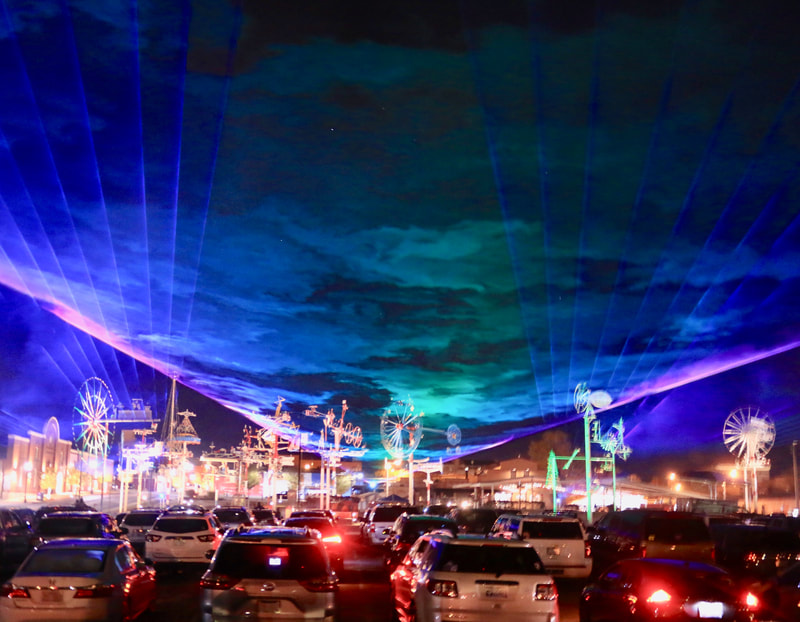 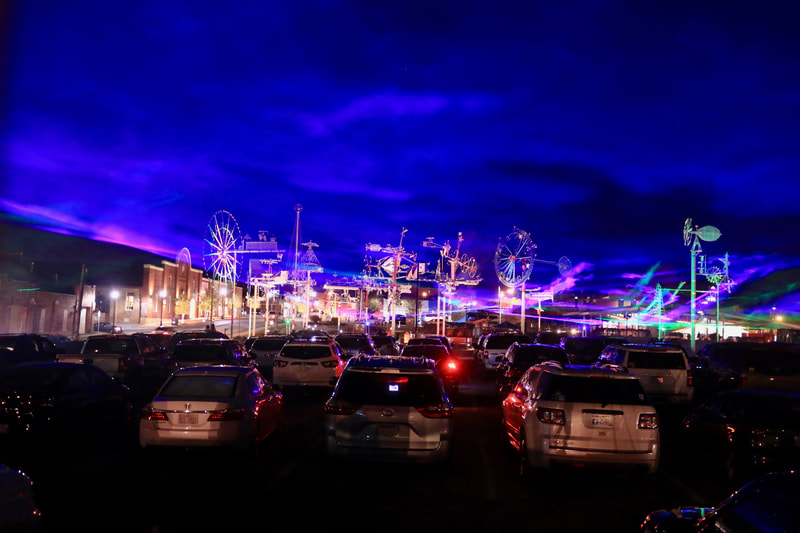 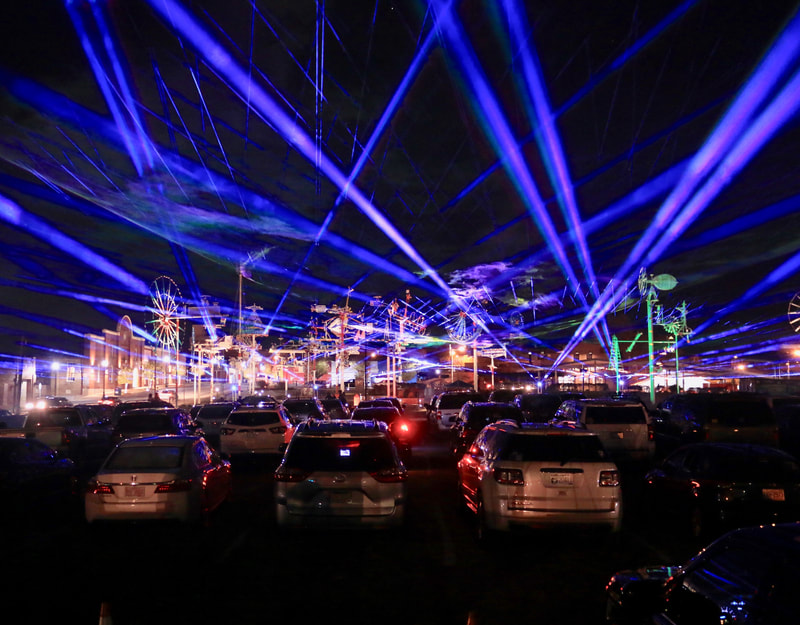 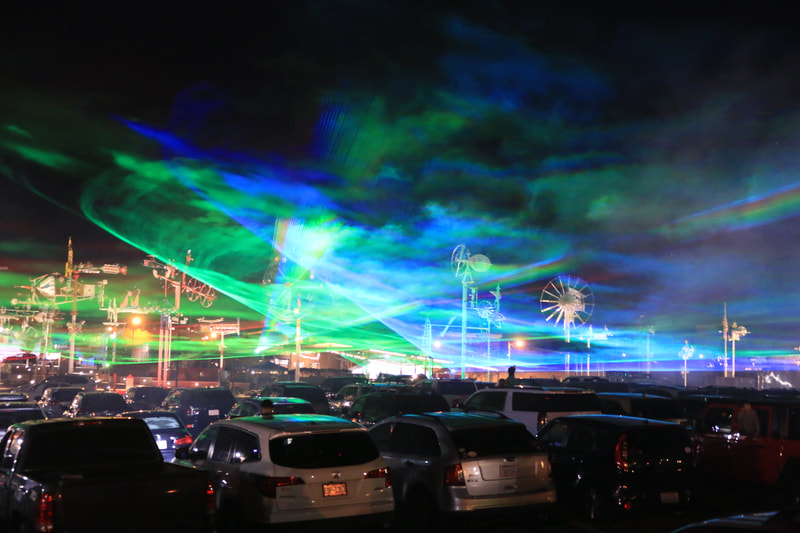 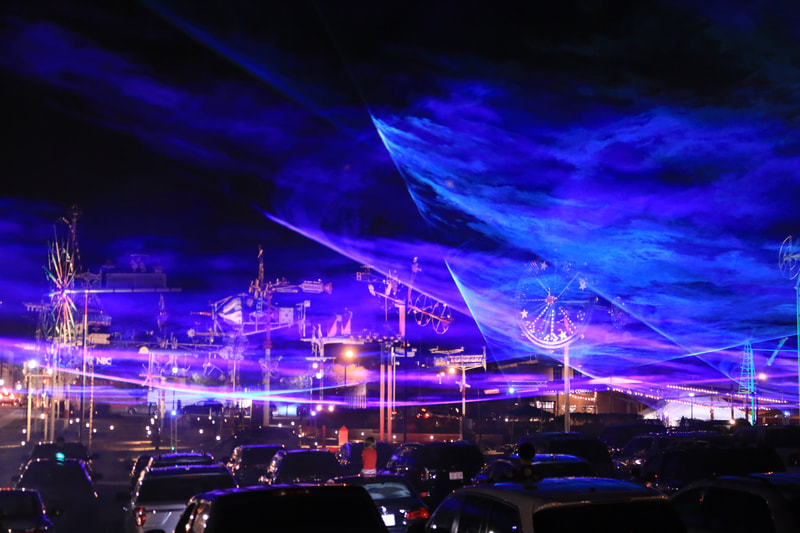 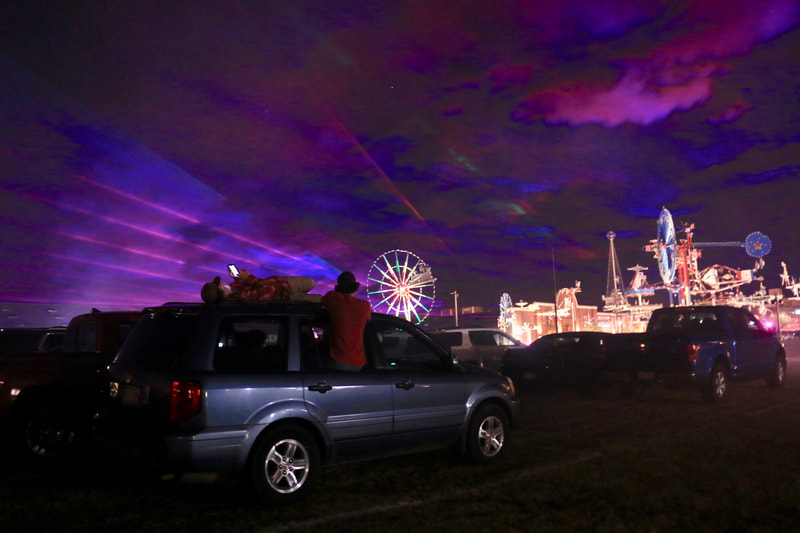 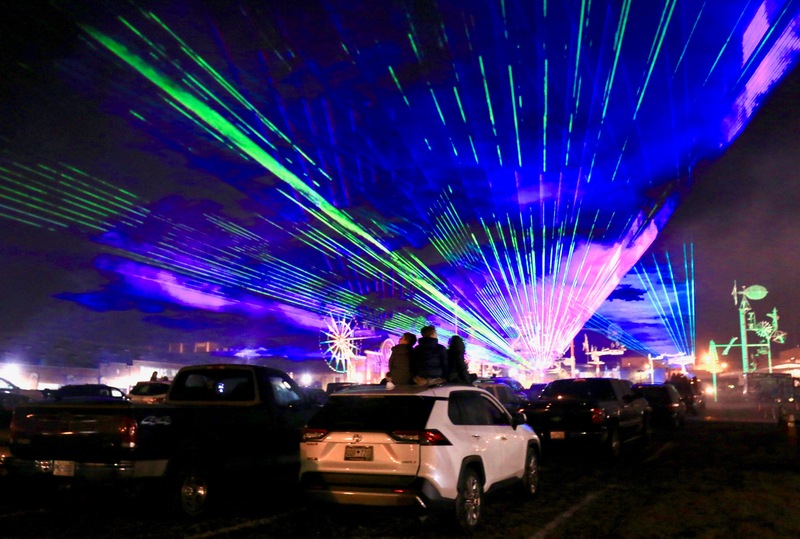