WHY LASERS:
There's no light like it. The most vivid, saturated color palette available. A contrast ratio unsurpassed by the best film and video technologies. The ability to reach out in three dimensions and shower an audience with cascades of beams or embrace them in waves of moving light.

• It's about enchanting an audience with dreamlike visions.

• It's about exciting crowds with visual effects that move faster than any other light-form.

• It's about engaging clients and customers with captivating images that move with a unique animation style.

There are many creative ways lasers can be used in a production. Most fall into two broad categories:
1) Beam Shows
2) Animations or Graphic Shows

With beams, the audience sees “structures” in mid-air, such as fans, cones and shafts of light. Usually theatrical fog or haze is required to make the light shapes visible. Beams can be fast or slow; they can give an event a “Star Wars effect”, or a New Age mystical calm. The focus of the audience is the laser beams in the sky.

With animations, the audience sees images as cartoon-like outlines. Images often include seasonal characters or images relative to the geographical area where the show is taking place. Laser graphics can display a client’s (or title sponsor's) logo, animate their product, tell a story, or simply entertain. The focus of the audience is on any relatively smooth, light colored surface that is being used to display the show. Conventional projection screens, a wall, water curtains, inflatable screens, buildings, and even mountains have all been used as surfaces to display an animation laser show.

(Some of this information is taken from the International Laser Display Association website.) 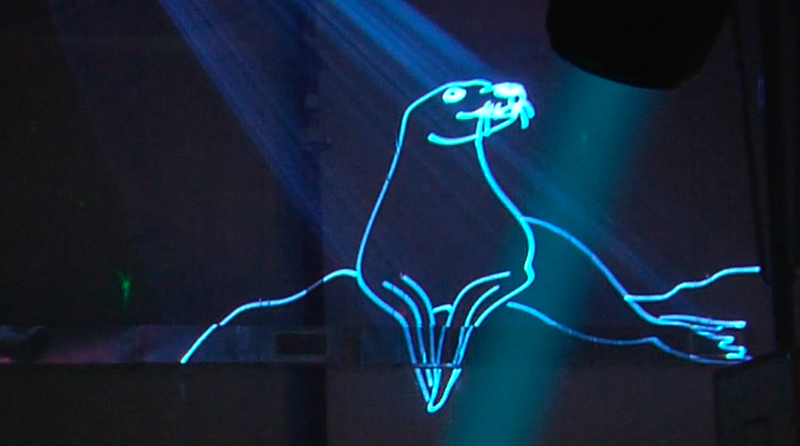 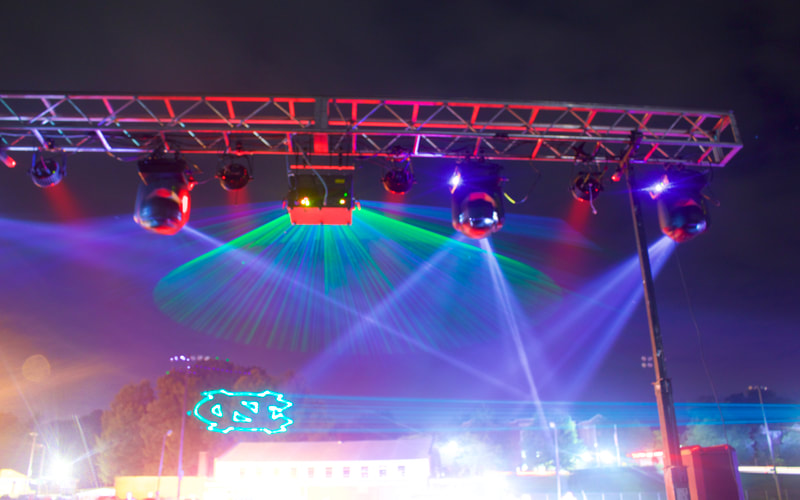 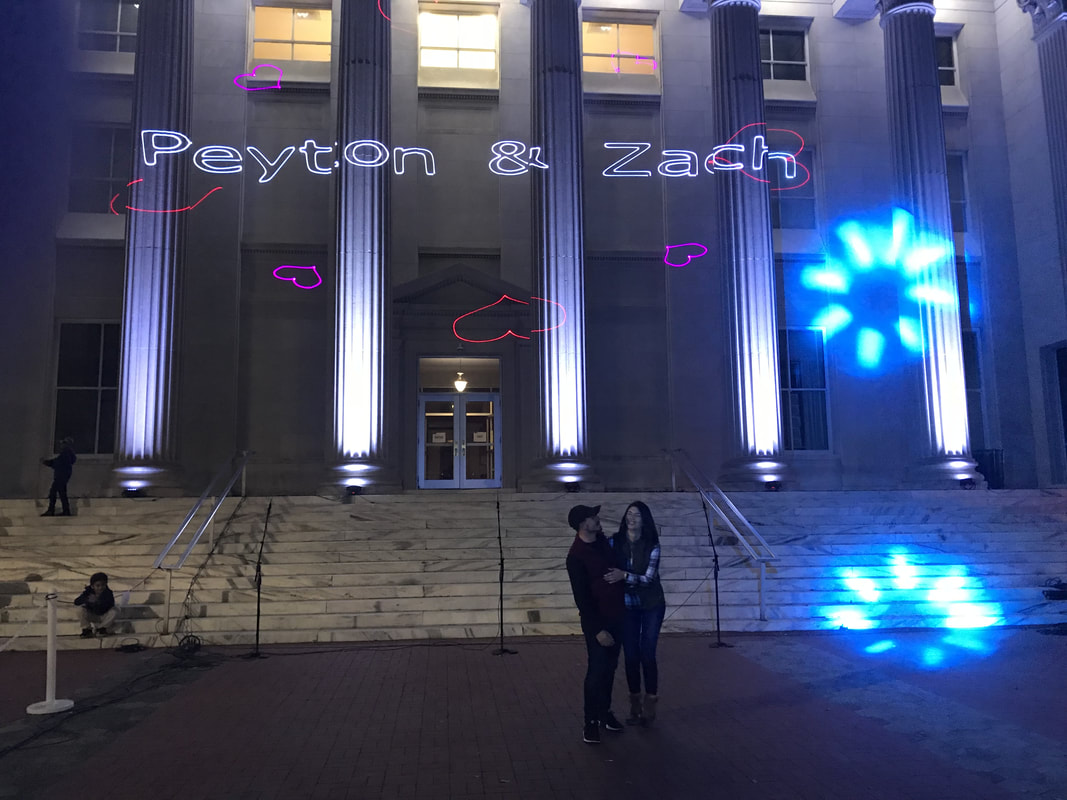